Today, I was thinking of writing about tulips, which finally started blooming, or about inconveniences with toothaches, which are making me wish that I was in Slovenia and able to complain about it to my dentist. But somehow I lack the inspiration for it. Instead, I’ll write about various research projects that I’m currently juggling and having immense fun with. After all: what good is it to have your own blog if you can’t share you enthusiasm? Still, I’ll begin by sharing this picture of growing tulips that I took today (just so you know that I’m truly in the Netherlands):

Tulips started growing. Maybe they peeked out of the ground from shock and curiosity, because we actually had sunny weather these days.

This might not count as a current project, since I’m not dealing with it at the moment, but it definitely counts as an open one, as I’m waiting for the comments and (most likely) the grade of my supervisor and second reader. I’ve already written about the entire frustrating process of writing a Master’s thesis, but now it’s time to say a word or two about my topic. For my Master’s thesis, which was actually an extended* thesis, I wrote about music documentaries. A rather broad topic, right?

*With an extended thesis, worth 30 ECTS, I avoided a journalism internship. I had to write between 30,000 and 45,000 words or 115 pages at the most. You think that’s a lot? Think again. At the end, my Master’s thesis had exactly 45,000 words and 160 pages. My supervisor didn’t say anything about the length, but it is true that she is new to the department and might think that it’s normal. (Hint: it’s not.) 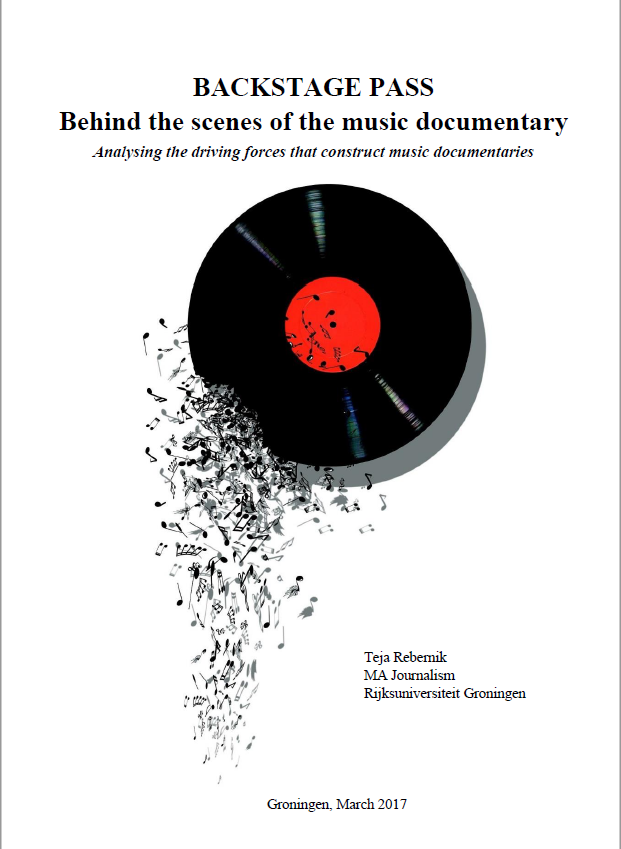 Title page of my magnum opus.

More exactly: I analyzed music documentaries and tried to figure out how the background driving forces works. For this purpose, I put together a corpus* of 500 music documentaries which I also placed into newly created categories. After reading a lot of literature and watching dozens of documentaries, I defined five driving forces. These included the documentary tradition, audience, artists, film production, and societal context, a part of which is also the very important music industry. Then I analyzed five films and tried to figure out how these forces work (emphasis on tried).

*My supervisor practically had to force me to start calling my Excel sheet a “corpus”. Apparently it sounds better. Well, she’s not wrong …

I won’t bore you too much with the details, but let me give you some interesting ones:

Now I’m waiting for my grade and the graders’ opinion, in the hopes that I don’t have to touch my thesis anymore. Of course I’m proud of the work that took half a year, and I’ll probably end up writing a scientific article on the basis of what I found, but for now I’ve had enough. New projects in the research master’s programme are a great palate cleanser.

I encountered this topic nearly accidentally, while gathering ideas for class, but now I’m completely thrilled and if possible, I also wish to carry out the project at a certain point, not only design it. As children, we learn language with help of melody: we listed to our first language from parents, who talk to us with an exaggerated melodic intonation as well as sing lullabies. When learning a second language as kids, for example English or German, we listen and sing songs in the classroom. The project’s idea is that even as adults, we would find it easier to learn languages with help of music, because various songs could improve our pronunciation, motivation, vocabulary recall, and so on. I’ll probably write about this again, because I’m super psyched. 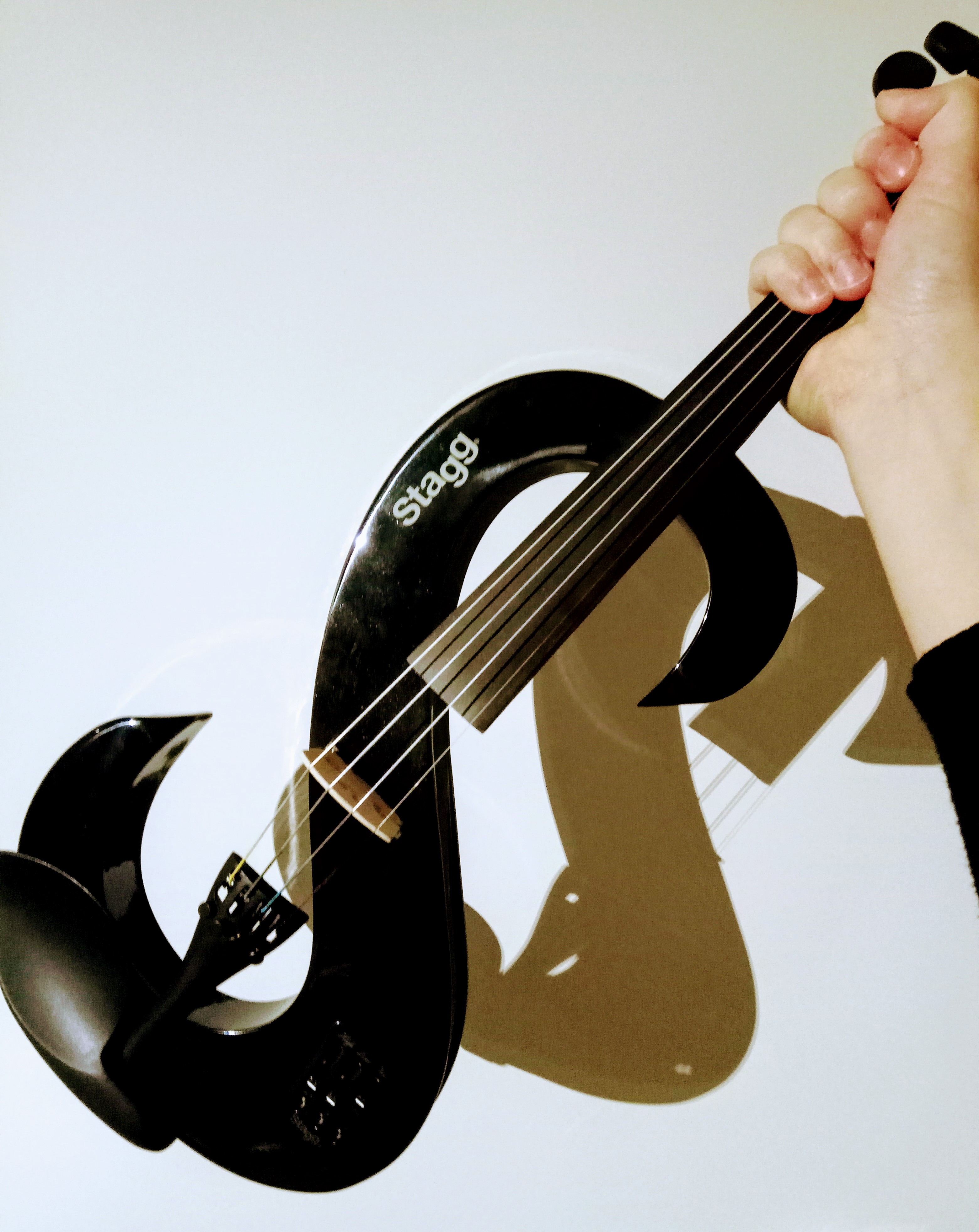 All this reading and writing about music is encouraging me to play my (electric) violin more.

To my great excitement, one of our professors is interested in the language-music connection. In his project, he wishes to discover whether it’s possible to compare the prosodic features of language (for example intonation, rhythm) and melodic properties of that language’s music. If he is to achieve this, he of course needs to obtain the comparison of as many languages as possible, since the research so far has mostly been done on German, English, Dutch and French. I took over the “responsibility” for Slovenian (how surprising …) but I will also most likely study Croatian, Serbian and other Slavic languages. We aren’t yet sure if there is actually anything to find, but even the entire process of researching is great.*

*Fun fact: in Slovenian, mostly one author wrote about the characteristics of Slovenian music. Between the years 1940-1960. Thank god that the internet exists and that the Slovenian Ethnographer journal shares such articles.

Well, this one I’m only starting and will most likely include a psycholinguistic experiment. On the Internet, mostly on websites such as Tumblr, there is a frequently appearing theory that millennials are more sensitive to written language because we use it so much. I’m talking about things like: how many “ha’s” you write when you want to show you’re laughing; how we use lol; how we can easily figure out that somebody’s in a bad mood just because they wrote the word “ok” the wrong way. With the experiment and text analysis, I wish to empirically show that this is actually the case. We’ll see how it goes.

But what I take most joy in is this: in the new as well as old Master’s programme, I got a very good feeling from professors here at the University of Groningen. I feel like they treat us as equals and that is definitely seen in the ideas you get. During class, they aren’t afraid to admit that they don’t know something, or accept a different opinion. Even if you happen to have a misconception about some topic, they will steer you in the right direction. If you have an idea or say that you’re interested in something in particular, they’ll tell you who at the university is working on it and how you can connect with them. In short: they encourage us to think for ourselves outside the narrow academic box, because they know this is the only way we can become excellent in what we do. 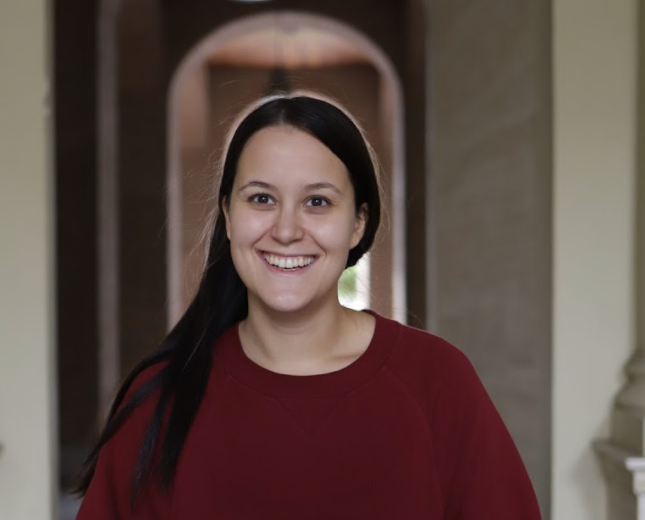